Give the gift of Skiptown! Click here to to purchase a gift card for your favorite pup. 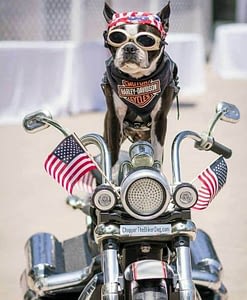 Sons Of Anarchy gave us a firsthand, gritty look into the California biker world. For all of their seediness, it was hard not to fall in love with the biker gang, warts and all. Throughout its television tenure, Sons Of Anarchy gave us drama, love, guts and gore and plenty of cringe-worthy scenes of brotherhood and violence- all delivered with a set of brass knuckles. Who could forget the gang’s trip to Ireland or all of their nemeses, from rival biker gangs to the white supremacists that descended on their quaint California town? Not to mention the intrigue of Shakespearean drama. Some people speculate that Sons Of Anarchy is loosely based on Hamlet, with Jax Teller playing the lead character. We can’t confirm or deny that, but we can tell you that Sons Of Anarchy is one of the most badass shows ever to grace the small screen!

Now it is your turn to prove that you are a true Sons Of Anarchy fan by showing us that you remember all of the ups and downs of this series. Can you remember key plot points and all of the characters that made this drama one of a kind? Prove it during our trivia night!